Last Thursday, me, Juli and her parents went to our first SONS concert. I mean literally it was my first concert sitting in the audience and not trying to keep up with the conductor. I was not sitting there under the hot spot light trying to keep in tempo so I wouldn't mess up or play catch up with the pieces. It actually felt nice (and sleepy!). I was sleepy because I had very little sleep the night before...and not because the orchestra was boring. :D I was a satisfied audience. Altho there was some minor ufff-ness that I wished they would've fixed at the interval. The Germany guess guitarist, Peter Korbel was indeed amazing but his pieces was so muffed that I couldn't hear it clearly. Either that or that they did not amplified the sound coming from his guitar. I think that was one of the downside of the concert. But believe me, the orchestra improved 100% from our concert last year. And trust me, last year wasn't good...we messed up twice =___=''.

So here are some of the pictures I took (from my seat cause I was lazy to get up from my ass and since we had front row seats, I was happily stuck to the chair :P) 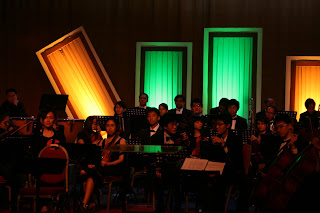 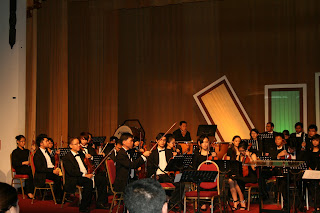 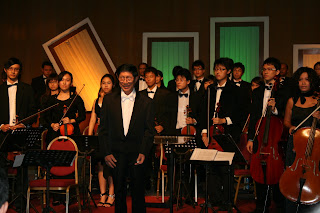 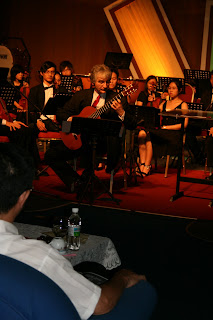 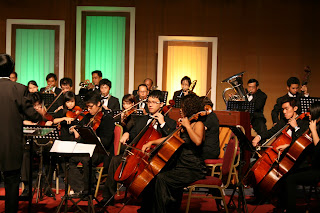 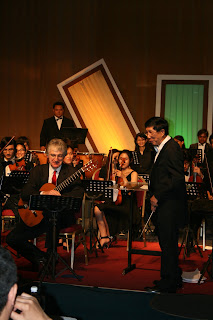 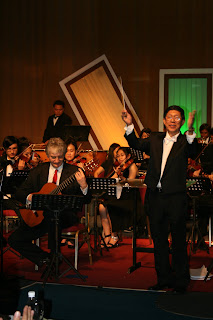 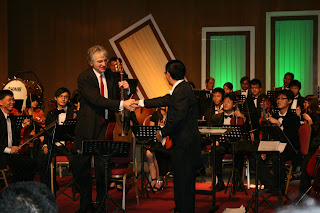 I think I am getting sick. This is the 365487968 time that I think I have been sick this year...and it's only April =_=''' so FML. So this is not a good time to squeeze my brain for anything to write. Is it?? Well nothing much have really happened...except if you want to consider my dad getting transferred to another job zillion of miles away is exciting yay! *throw streamers in the air* =_=''' Really I think it is kinda sad. I dunno I have mixed emotions about it.

Last week Tuesday I have found out about The Amazing Race: China Rush...right before it's closing date for submitting applications: 2nd April. =_=''' OK it is kinda funny that I would even consider being in such reality (or thinking of sending a video!!) tv show cause I hate being in front of the camera!- but I dunno. I think it would be fun, altho I dunno why they would even consider picking me...out of hundreds (maybe millions!) who submitted. I am guessing there are millions of couples that want to be on the show right? Or maybe I am wrong? Hmmm...I dunno. It is hard to tell. *sigh*

Update: Just went to their Facebook page and the submission date is extended to April 12th!!! Should I?


*sigh* Ok soooo the other news is that I wont be able to go to the Peter Korbel concert...as in I am not playing in the orchestra!! *cries and hide behind the chair* buttttttttttttttttt I think I might be going to the concert!! Yay! Thank you for the free tickets!! Woot woot!!! Actually I prefer to be in the orchestra rather that listening to the orchestra...it is my first love playing not listening...but ah well... tough luck. =_=''' The next show I will be in it!!!!! :D Altho that means I can dress up for the function, the say smart/casual...I can go a lil over :P it will be great!!! So now the problem is that I dunno who is going with me... =_=''' huh. So hard...I can't go alone!!! I never go alone :( Altho I was thinking of watching The Clash of The Titans alone. Anyone has seen the movie??? Some of my friends says it. Is. Awesome. So...I can't wait to go!!!! (Damn color just disappeared =_=''')